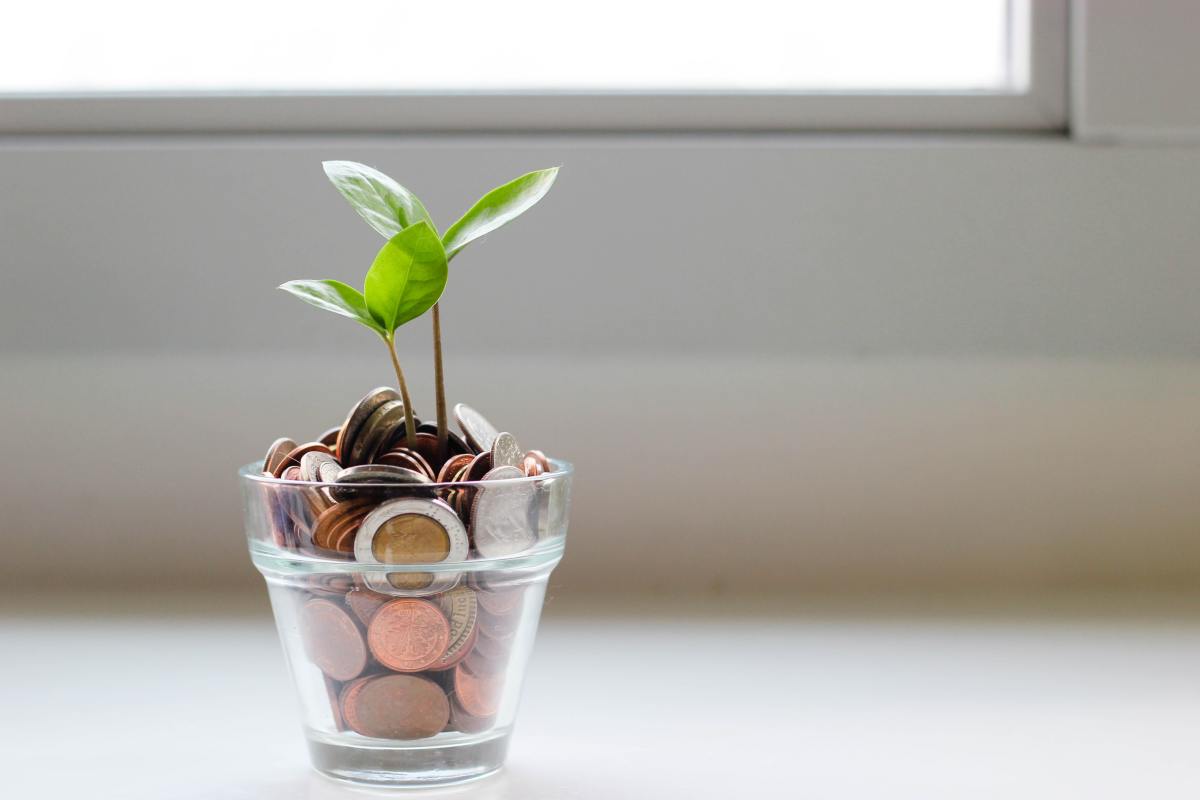 Question
As one year completed on my savings I had to pay Zakat on it but I didn’t have enough money to pay so I paid 1/3, and say as I get more money I will pay later. Before few days I had money so I put out remained Zakat which I had to pay, but here I didn’t find any one to give Zakat. I keep that money separate but I didn’t give to any one, now after few days I have had more savings so kindly tell me should I give Zakat on that new sabings or give when one year will have been passed?

Answer
All perfect praise be to Allah, The Lord of the Worlds. I testify that there is none worthy of worship except Allah, and that Muhammad is His slave and Messenger, may Allah exalt his mention as well as that of his family and all his companions.

Every savings that reaches the minimum amount liable for Zakat, which is 85 grams of gold, and if a whole lunar year elapses on it. In this case Zakat has to be paid on it immediately and it should not be delayed, except for a short period if one does not find a poor person to give it out to, or due to waiting for the return of a relative to give it to him and the like.

Ibn Qudamah, may Allah have mercy on him, said: ‘If one delays paying the Zakat in order to give it to a relative who deserves it, or someone who is very much in need for it, it is permissible to wait for a short period, but it would not be permissible if one has to wait for a long period.”

As regards delaying the payment of Zakat on this savings because of the lack of cash money, then this is not a sound excuse, but it is an obligation to give a portion of this money to the people who are eligible for Zakat.

*What do you think about this topic? Please tell me what you think in the comment section below.
*Hit the like button if you think this post is useful.
*Support this da’wah effort by following my blog.

Definition: It is a postponed payment executed in a fixed number of installments at determined times, with a price higher than the cash price.

Is such a sale allowed? Scholars have two opinions:

1-The first opinion: Many scholars of the Hanafi, Maaliki, Hanbali, and Shafi’i schools of jurisprudence rule that it is allowed. They present the following proofs:

A- This form of sale is an example of the sales that are allowed in the Quran where Allah Says (what means): “…Allah has permitted trade and has forbidden interest…” [Quran: 2:275] And also: “…Except when it is an immediate transaction which you conduct among yourselves…” [Quran 2:282]

B- Some prophetic narrations show the permissibility of the increase above the cash price. For example, the Prophet sallallaahu `alayhi wa sallam (may Allah exalt his mention) ordered ‘Amr bin Al-‘Aas, may Allah be pleased with him, to equip an army, so ‘Amr would buy a camel for the price of two due to the payment being in installments. [Al-Haakim & Bayhaqi]

C- In Islam, trades and transactions are generally allowed, provided they are conducted with mutual consent of the contractors unless the particular type of transaction is specifically forbidden by the Shari’ah (Islamic Law). Since there is no convincing proof that this type of sale is prohibited, it remains allowed. Whoever claims otherwise has to provide proof.

2-The second opinion: This is that of Imams Zayn Al-‘Aabideen ‘Ali bin Al-Husayn and Al-Jassaas (may Allah have mercy upon them) from the Hanafi School of Jurisprudence, as well as others who stated that increasing the price in exchange for postponing a payment is similar to increasing the debt in exchange for postponing its fulfillment. Their proofs are:

A- The verse where Allah Says (what means): “…Allah has permitted trade and has forbidden interest…” [Quran 2:275] means that sales that include an increase of price in exchange for deferring payments are forbidden because they are examples of Riba (interest).

B- The Prophet sallallaahu `alayhi wa sallam (may Allah exalt his mention) has forbidden the addition of extraneous conditions to a sale, or to have two sales in one.

C- There is an analogy of this type of sale with the case where some of the debt is forgiven when the debtor pays before the due date. This would mean that time has compensation, and this is plainly Riba.

The majority of the scholars have refuted the above proofs, presented by those who prohibit this sale, as follows:

B- To say that Riba means an increase in price is also refuted because almost every sale includes an increase in the price. The abovementioned verse [Quran: 2:275] mentions the unlawfulness of Riba in general, but the types of Riba were enumerated by the Prophet sallallaahu `alayhi wa sallam (may Allah exalt his mention) and they were six types. Sale by installments is not included in these six types of Riba, nor is it included in the types added to them by some scholars.

C- Taking as proof the Hadith (prophetic narration) that forbids two sales in one, or extraneous conditions in a sale, is refuted because the forbidden sales in that Hadith are in fact sales where either the price or the merchandise is not specified, which is not the case of the installment sale.

In conclusion, the most acceptable opinion is the one adopted by the majority of the scholars, which allows this type of sale, because of their strong proofs and because they convincingly addressed the proofs presented by the other side. Also, the common interest of all the Muslims requires that it be accepted due to the benefit for both the buyer and the seller.

Question 1: What is the Islamic Ruling concerning the increase in the price when there is a deferred payment executed in installments?

Answer: Payment by installments in sales contracts is allowed if it includes legitimate conditions and permissible if the monetary amount of the installments is defined and the times of payment are fixed; as Allah Says (what means): “O you who believe! When you contract a debt for a specified term, write it down…” [Quran 2:282] And also, due to the Hadith: “Whoever loaned something, let him lend it in a known measure, or a known weight, and for a fixed term.” In addition, we have the authentic story of Bareerah, may Allah be pleased with her, who emancipated herself from her masters in exchange for nine Ooqiyyaat (the plural of Ooqiyyah, one of which is equivalent to three hundred and sixty Dirhams), paying one Ooqyyah a year, and this was a payment in installments, and the Prophet sallallaahu `alayhi wa sallam (may Allah exalt his mention) did not condemn it; rather, he approved of it. [Shaykh Ibn Baaz]

This narration indicates that it is permissible to pay in installments.

Hence, the scholars differed concerning the ruling on this issue. Some scholars said that it is prohibited, on the grounds that it is the same as Riba. They stated that this was due to the increase in price in return for the deferment, which is Riba. On the other hand, the majority of scholars, including the four Imaams, were of the view that it is permissible. The comments of the scholars of the four schools of Fiqh (Islamic Jurisprudence) concerning this include the following:

Question 2: A man living in the United States asks if installments used in car sales that include a fee for deferring payment is allowed. This fee increases when the buyer fails to pay on the agreed due dates.

Answer: If someone sells cars or other merchandise for a known fixed price that is payable by installments that are fixed both in time and amount, in such a way that the price does not change when the fixed time of payment changes (i.e., payment is delayed), then this sale is allowed, for Allah Says (what means): “O you who believe! When you contract a debt for a specified term, write it down…” [Quran 2:282] But if the price of the merchandise increases if an installment is paid after the due date, as it is understood in this question, then this is forbidden by consensus of the scholars because this is a case of Riba, which is mentioned (and explicitly forbidden) in the Quran.

[The General Committee for Religious Research, Fatawa, Da’wah, and Guidance]

*What do you think about this topic? Please tell me what you think in the comment section below.
*Hit the like button if you think this post is useful.
*Support this da’wah effort by following my blog.

Someone got into a housing debt and have gold more than 85 grams. How shall he calculate zakat?

He would have to give zakat only if the amount that remains after subtract the ‘total installment for a year’ from total wealth is more than the amount of nisab (85 grams of gold, or 595 grams of silver, or equal amount of money or commodities), and if he still have been holding that wealth for one lunar year. It is important that his total installment debt for a year, rather than the whole debt amount is subtracted from his wealth. Here is why:

It is a fact that debt is subtracted from wealth when total wealth and its zakat are calculated. Being paid in installments or at once does not change the fact that it is a “debt”. In the Qur’an, in the specific verse about the sharing of inheritance (an-Nisa 4:11), the wealth of the deceased and the shares of heirs are calculated after all of his debts are subtracted from his wealth. Considering this, you will need to pay zakat for every year (every haul), does, only the installment for that year is allowed to subtract because it is considered as needed in that year.

For this reasons, the total installment debt for a year must be subtracted from the wealth in order to calculate the zakat; thus zakat is 2.5% from that remaining balance.