Skip to content
Imam Muhammad Ibn Al-Hasan Al-Shaybani says, "And it is incumbent on the scholars (to expound to people) whenever something of benefit to people reaches them from those who came before them."...

Every Wednesday, I will share a part of the translation of the book Kitab Al-Kasb (the book of Earning a Livelihood) written by Muhammad Ibn Al-Hasan Al-Shaybani.

Part 24: What is Obligatory to Expound of Knowledge and What Is Not Obligatory
Imam Muhammad Ibn Al-Hasan Al-Shaybani says, “And it is incumbent on the scholars (to expound to people) whenever something of benefit to people reaches them from those who came before them.”

This means that expounding on what is heard of the traditions is mandatory on the scholars, for the Prophet says, “May Allah make radiant a person who hears a statement from us, and retains it as he has heard it, and then conveys it to those who have not heard it. For sometimes a bearer of knowledge may not (be himself) knowledge, and sometimes a bearer of knowledge (may well bear it) to those more knowledgeable than him” [Narrated by Abu Dawud, al-Tirmidhi, ibn Majah and ibn Hibban].

Furthermore, it is only obligatory to explain what is of benefit to people, and this is abrogative of the well-known sound traditions; as for the abrogated traditions, it is not mandatory to narrate them. And likewise the anomalous traditions with respect to what may cause widespread predicament, for there is indeed no benefit in narrating them, and they may even lead to sedition, hence, safeguarding from it is better.

The basis of this view is what has been narrated from Abu Hurayrah, “If I had narrated to you everything that I heard, you would have pelted me with stones” [Narrated by al-Bukhari]. And Muaz knew of a hadith on the witnessing, but he did not narrate it until the time of his death, whereupon he said to his companions, “I heard from the Messenger of Allah, what I would not have narrated to you if it was not that the command of Allah had come to me. I heard the Messenger of Allah saying, ‘Whoever bears witness sincerely from his heart that there is no god but Allah enters the garden'” [Narrated by Ibn Hibban, Ahmad, al-Humaydi and al-Tabarani]. He had abstained from narrating it when he was of sound health so that people might not become too reliant on it, and then when he became concerned that the hadith might be lost with his death, he narrated it to his companions; and this is the basis for what we have elucidated.

This means that people with respect to transmitting knowledge are alike, for the Prophet says, “This religion will be transmitted from each preceding generation by its upright ones who will negate from it the aberration of the fabricators and the construal of the ignorant.” [Considered sound (hasan) hadith by al-Hafiz al-‘Ala and many other scholars].

If we sanctioned for the later scholars the abandoning of transmission then we would have to (also) sanction the same for the earlier scholars; and this will lead to the view followed by the Rejectors, that Allah had revealed verses regarding the case of Ali and that the Messenger of Allah had mentioned hadiths with regard to his virtue and to stipulating him for the leadership, except that the Companions concealed the matter out of envy of him.

But for the People of the Sunnah, this view is a lie and forgery. It is not allowed to think this of any one of the Companions much less of the collective of them. If anything of that was established in reality it would have become well-known, but the view followed by the Rejectors is built on lying and slander.

And so Imam Muhammad Ibn Al-Hasan Al-Shaybani by this attestation, points to the fact that the Companions did not abandon the transmission of anything of the religion, hence it is mandatory on those after them to emulate them in this regard. 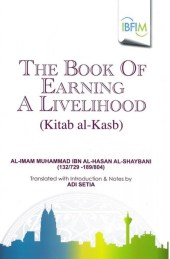