We live in a time that is truly challenging. Money has become a very important commodity in our daily lives. Without it, we are unable to spend or manage important matters pertaining to our own affairs, the household, and the nation.....

We live in a time that is truly challenging. Money has become a very important commodity in our daily lives. Without it, we are unable to spend or manage important
matters pertaining to our own affairs, the household, and the nation. It is not wrong to earn a high income as long as they are earned from lawful means, for it can ensure a life that is blissful and sound in this world and the Hereafter.

Today, we are burdened with the exorbitant rising costs of goods, which will definitely increase the load shouldered. We are also burdened with criminal and social problems within the society that is truly worrying. Such a phenomenon is due to the evil of money, whereby mankind will do whatever it takes to earn profit and pleasure, even though it necessitates evil and corruption that will cause hardship upon others. It is due to money, that multitudes of problems occur. 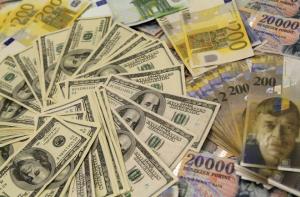 Because of money, some people are faced with marriage crises that are becoming intensely critical. This occurs because the parents are too busy seeking livelihood from dawn to late night, neglecting their responsibilities to the family. The children would grow up neglected and unsupervised, deprived of much-deserved attention because their parents must work to make ends meet. Due to that, definitely, it will cause their children to fall into “unhealthy” situations such as skipping school, drug abuse, altercation, bullying, and many others.

It is due to money that many became rebellious children, severing the ties of kinship with their own parents. The parents are abandoned, their health and welfare are neglected, and they are left living alone without love and affection. Some are deemed as “housemaids” in protecting the interests of their children and in-laws, while some are left at nursing homes. Even more saddening are those that would physically abuse, hurt, and even murder their own parents, just because of money, when their demands are not met. Is this our way of repaying our parents after giving birth to us and raising us with love, affection, and proper upbringing?

Because of money, some people became greedier. Being compassionate, considerate, aiding one another, and rendering charitable deeds are no longer present in their soul. They are blindly pursuing profits without any regard for the hardship endured by their surrounding community. For example, housing developments, especially in the urban area, are becoming more expensive to own due to its skyrocketing price. This scenario will pose great difficulty for the future generation to own their dwelling. At the same time, the rental rates in the city have dramatically increased every year. This will definitely cause them to become unaffordable for the underprivileged. Some would prefer becoming a vagabond for not being able to afford to own or rent a home, even though having employment. 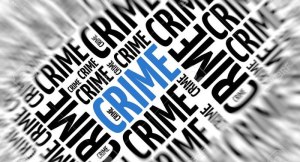 Because of money, some are willing to become enslaved to it by committing crimes such robbery, kidnapping, murder, breach of trust, bribery, oppression, violence, heresy, and other tyrannical acts, even though all of them are prohibited by Allah. Are we not fear that these evil acts will incur its punishment whether in this life or the Hereafter? Are we not fearful that perhaps our offspring or generation would resort to them as well? And are we not fear that when the time comes, we will return to Allah? What are the provisions that we will bring when we are brought in front of Allah when we have been indulging in sinful acts throughout our lives? Therefore, there is no use for us to conceal ourselves from our own evil deeds just for the sake of accumulating wealth, opulence, and pleasure obtained from unlawful means when Allah is All-Seeing and All-Knowing. Allah mentions in Surah al-Hujuraat, verse 18:

(Which means): “Verily, Allah knows the unseen of the heavens and the earth. And Allah is the All-Seer of what you do.” (Al-Quran, surah al-Hujuraat [49] verse 18)

Because of money, some became hard-hearted, stingy, and misery. They thought that the wealth they have obtained are purely from their own effort and hard work, and it cannot be shared with others. They have no qualm in allowing their Muslim brethren to live in difficulty and hardship. Allah mentions in Surah Ali-‘Imran, verse 180:

(Which means): “And let not those who [greedily] withhold what Allah has given them of His bounty ever think that it is better for them. Rather, it is worse for them. Their necks will be encircled by what they withheld on the Day of Resurrection. And to Allah belongs the heritage of the heavens and the earth. And Allah, with what you do, is [fully] Acquainted.” (Al-Quran, surah Ali-‘Imran [3] verse 180)

Today, I would like to remind all of us that it is not wrong for us to strive to attain high income in improving the economic status of our families. Furthermore, Islam encourages its adherents to strive in seeking livelihood to fulfil their living necessities such as food and drink, shelter, education, and others. However, let us not allow money to overpower and control us, causing problems and harm in our lives.