Allah has said in surah Al-Taubah verse 70: Which means: “Has there not reached them the news of those before them - the people of Noah and [the tribes of] 'Aad and Thamud and the people of Abraham and the companions of Madyan and the towns overturned? Their messengers came to them with clear proofs. And Allah would never have wronged them, but they were wronging themselves.” [Al-Quran, surah al-Taubah, verse 70]....

Which means: “Has there not reached them the news of those before them – the people of Noah and [the tribes of] ‘Aad and Thamud and the people of Abraham and the companions of Madyan and the towns overturned? Their messengers came to them with clear proofs. And Allah would never have wronged them, but they were wronging themselves.” [Al-Quran, surah al-Taubah, verse 70]

This verse is a clear reminder from Allah that we should learn from the past. There were communities that were banished without a trace left on earth because of their own wrongdoings. They committed injustice on themselves and for that, they incurred Allah’s wrath.

We also should not forget that we should not be unjust towards ourselves. What does it mean to victimise or wrong ourselves, as defined in the Noble Quran? According to scholars of tafsir, such as Imam Ibn Kathir and Imam Al Tabari, “to wrong ourselves” means to disobey Allah, and to “not fulfil the rights and responsibilities made obligatory upon him”.

This interpretation reminds me of a hadith of the Prophet reported by Imam Al-Tirmizi:

“On the day of Judgement the feet of the servant will not move from the grave until he is asked about four matters: how he spent his age; how he applied and practised the knowledge he had learned; how he earned and used his wealth; and how he utilised his body.” 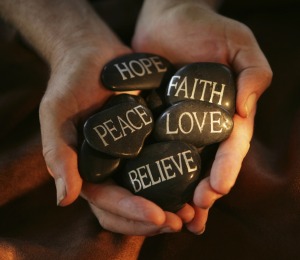 Notice how all four matters mentioned by Rasulullah in the hadith reflect on the rights that we have over ourselves. Our age and physical health are blessings from Allah. Knowledge, sustenance and wealth are gifts and ease granted by Allah. We need to honour these rights by using the gifts that Allah has bestowed upon us to fulfil His commandments. Only then are we being just to ourselves. However, if we were to use the gifts that Allah has given us to transgress against His commands, to commit sins without any intention of changing and repenting, then we will have a tough time defending ourselves in Allah’s court in the hereafter.

How have we spent our lives thus far? What are the good deeds that we can bring with us when we stand in front of Allah in the hereafter? With the health that we have been given, have we contributed to doing good deeds, helping those in need or strive to bring some hope to other people and to the world?

Have we shared the knowledge that we have with our children and with others so that they will benefit from it and be inspired to be better persons? Do not wait for tomorrow. Do not wait for Ramadan to start repenting. Do not wait for old age before changing our ways for the better.

In order to ensure that we are able to utilise the blessings that have been bestowed upon us according to Allah’s guidelines, then we need the correct knowledge. We are committing injustice upon ourselves if we choose to follow blindly the words of others without doing proper research and investigation. For example, some of our youths are involved with drugs, gambling and even radical ideologies. They do so because they are not getting the guidance and are not equipped with the capabilities to distinguish between what is right and wrong.

And one of the contributing factors to this starts with the parents’ lack of good parenting skills, and thus they are unable to give their children the needed knowledge in the best way possible.

Hence, let us reflect upon our lives thoroughly. Let us ensure that we are just to ourselves, our families, other creations and most importantly, to Allah. Hopefully, when it is our time to stand before Allah, we will be in a state of bliss and being blessed.

May Allah grant us the ability to fulfil all our responsibilities toward Him and His other servants, to the best of our abilities.