If someone has earned money from gambling, haram (forbidden or proscribed by Islamic law) business, haram investment and now he is repenting, then where should the haram money to be thrown away? Is it necessary to be disposed of by burning or thrown into the river or sea?… 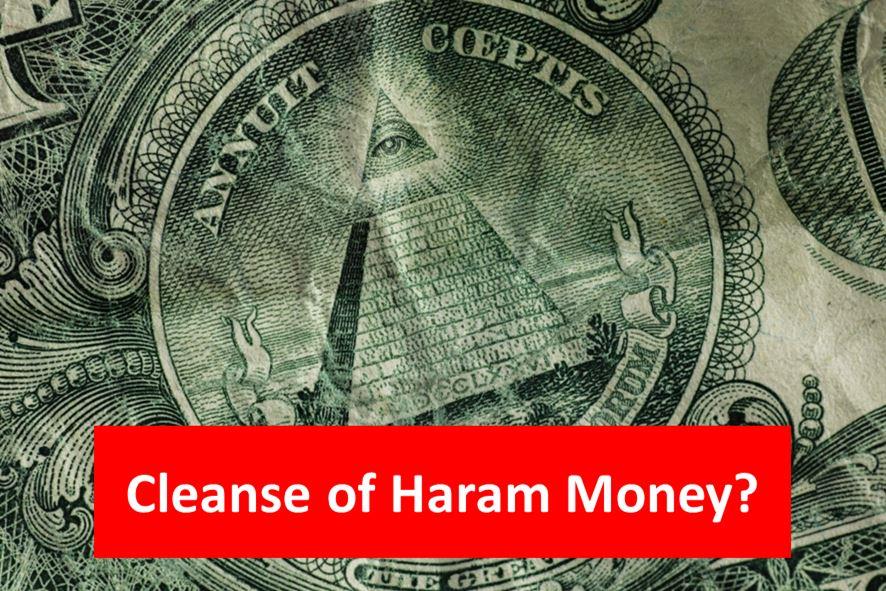 If someone has earned money from gambling, haram (forbidden or proscribed by Islamic law) business, haram investment and now he is repenting, then where should the haram money to be thrown away? Is it necessary to be disposed of by burning or thrown into the river or sea?

Well, nearly all scholars agreed to dispose of haram wealth like the way above method, but it will not bring any benefit to anyone contrary to various other arguments, maqasid sharia and logic of reason nowadays.

However, it is different if the possessed wealth is haram to him as a bottle of liquor, pork, a slice of goat meat that is not slaughtered (accordingly to sharia) and seemingly. At that time, it was obligatory to dispose of any of it by mentioned above method and banned from being given to anyone, including selling, even to non-Muslims. According to the following Hadith:

From Hudhaifa:
The Prophet (ﷺ) forbade us to drink out of gold and silver vessels, or eat in it, and also forbade the wearing of silk and Dibaj or sitting on it. (Narrated al-Bukhari no. 5837)

Hence the scholars concluded that:

“And anything that haram to use, is also prohibited to take it as a favourite kind of wealth (considered worthy or masterpiece) and turn it into jewellery.” (Dr. Yusuf al-Qaradawi, Al-Halal wa al-Haram fi al-Islam).

Hence, the above hadiths and views prove that the possession of the haram wealth must be disposed and removed from oneself.

Whereas, haram money is not haram on its mass itself, but on how it is obtained. Thus it is prohibited to owned and used for himself and his/her family.

How to dispose (cleanse) the haram money? The way to dispose of it is to channel it to either baitulmal (treasury), zakat centre or directly to the poor and needy individual. That’s the context. This is because if haram wealth left untouched in individual ownership, will bring lose the blessings of life and its sustenance.

Such results, however, appear to be dirty by itself, but from the point of view of Islam, it is can be accepted by baitulmal and the government, also it is permissible to be distributed to the general public as well as to the poor without any discrimination.

The best channel to give haram money according to the argument and the discussion of the scholars is to the poor and needy. These people are always allowed by Islam to receive money from any sources for their capacity as poor and needy despite the cause of the wealth is from haram activities. There is no syubhah (uncertainty) for them to accept it and it is not haram. Any views that say is syubhah and haram is because of their failure in understanding the conclusion from four schools madhab.

In conclusion, the disposal of wealth from haram sources is by way of channelling to the three group mentioned above, which made for self-purification purposes at the individual level. This cleaning process is essential to bring blessings and prosperity to households, communities and countries.

2 thoughts on “How to Cleanse of Haram Money?”